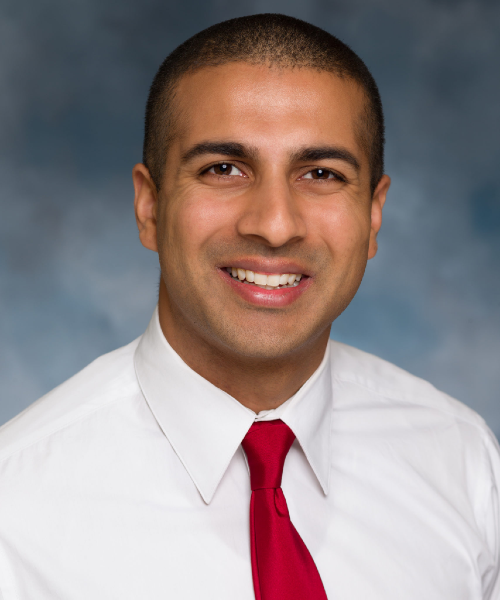 Aakash Shah, MD’s journey to become an emergency medicine physician started with a report card in a brown paper envelope.

“My parents arrived in the United States with only $20 in their pockets and the name of a family friend they had never met,” said Dr. Shah. “They wanted me to have a better future, so I was determined to work hard in school.” His parents worked hard to make ends meet and were considering leaving the country.

“I still remember when I got my first report card in a brown paper envelope. My father scanned the folded yellow sheet and when he saw what my grades were they decided to stay. They knew my future would be better here.”

Dr. Shah, a first generation American, continued his hard work through medical school and residency, and now says that he does “everything in my power to ensure that my parents’ sacrifice was not in vain and to make sure the circle of opportunity that included my parents decades ago is still there for my patients.”

As an emergency medicine physician Dr. Shah is trained to treat the acute issues that bring patients to the emergency department (ED), but he has found that it has offered him a unique perspective on the chronic issues affecting the larger community: “So many of the interactions you have in the ED are a formative window into your community. When patients fall through cracks in the health care system the ED is where they land.”

A prime example are the patients who have been recently released from prison and end up in acute withdrawal. While the immediate needs of a withdrawal can be treated in the ED, in order to make lasting change, treatment must follow the patient out of the emergency department doors.

“In recent years, I have tried to find ways to reach beyond the four walls of the emergency room to help address the needs of the community to really tackle the opioid epidemic,” Dr. Shah said. This led him to the New Jersey Re-entry Corp which serves 6,000 justice-involved individuals across New Jersey who are re-entering society and need job training, employment, stable housing and access to health care. The risk of opioid overdose death is 129 times greater during the first two weeks upon release than the general population so the need for treatment is acute, explained Dr. Shah.

“What this population – like so many others – needs is integrated care upon release at our sites,” said Dr. Shah. “If you screen people for Hepatitis C and then ask them to go across the street for a follow up, you’ll often lose two-thirds of the people who you identify as needing treatment. Every additional step you add to the path of robust coverage means that you will lose people along the way.”

Barriers to care persist even with the best-designed programs, Dr. Shah says: “I still see the same stigma that has manifested in policy manifest in providers, I have seen providers in the ED refuse to initiate someone on buprenorphine for a variety of reasons, but the more we talk about it, the more we raise awareness, the more patients we can reach.”

A major barrier to treatment was removed when prior authorization requirements were repealed for medication-assisted treatment in New Jersey in 2019 for Medicaid enrollees. One week prior, Dr. Shah was a co-author of an op-ed calling for the policy action. The AMA praised the action, urging all states to follow the leadership of New Jersey’s Medicaid agency.

“That was a significant improvement—the vast majority of people we see are on Medicaid and they’d come to us in a moment of need, be willing to start treatment and then have to wait for days and navigate bureaucracy. That would often cost them their recovery, and sometimes even their life,” said Dr. Shah. “New Jersey can serve as an example to other states that haven’t taken this step yet. The repeal of prior authorization requirements is invaluable.”

Learn more about what the AMA is doing to end the opioid epidemic, and share your story with the AMA. Have you experienced any barriers to care? Do you have a story to tell? We want to hear from you: [email protected].

Be part of the solution.

Join the AMA today and help us lead the effort
to reverse the nation’s opioid epidemic.